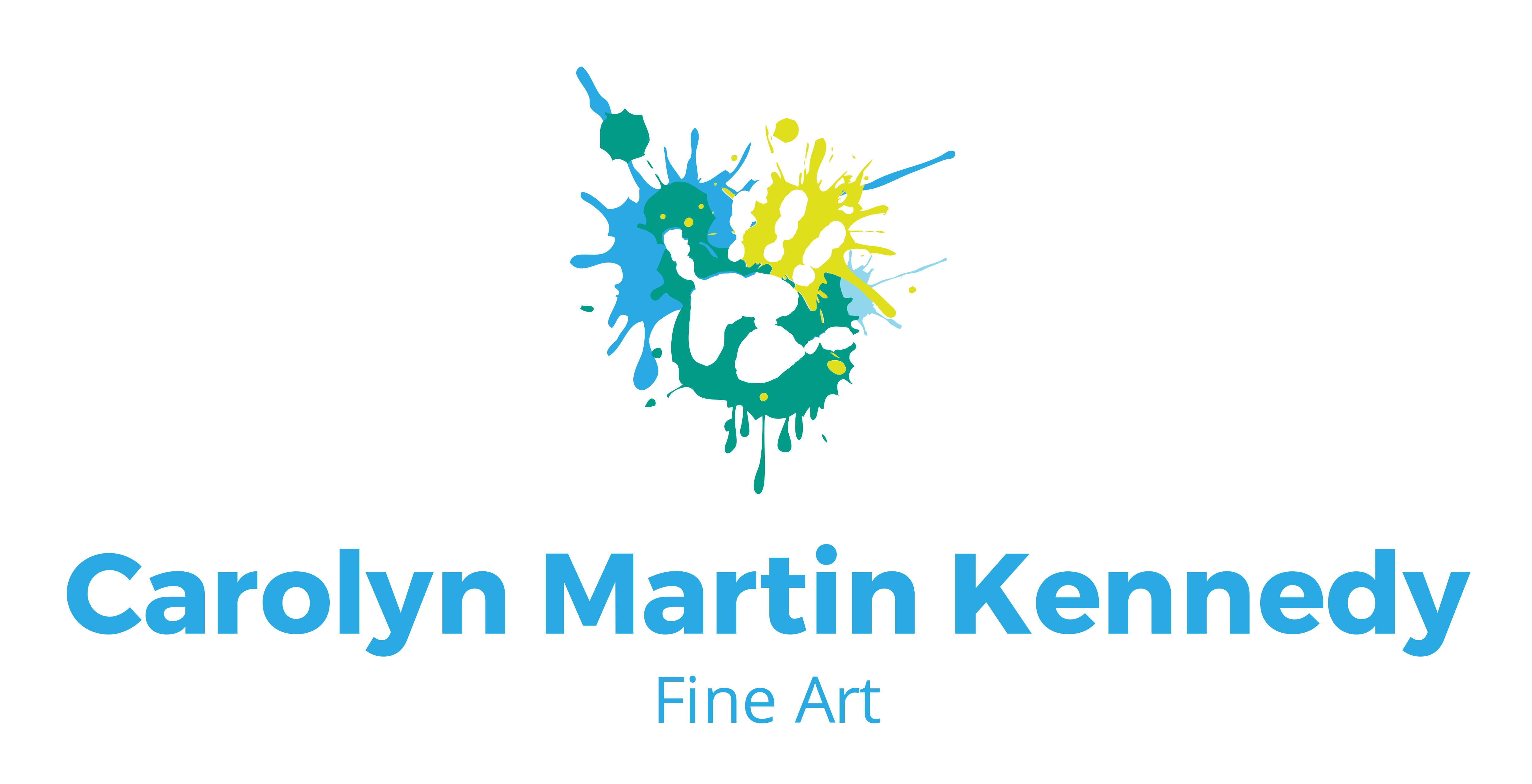 CAROLYN MARTIN KENNEDY: ONE OF "...THE VERY BEST OF EMERGING ARTISTS..."

"Art is an adventure into an unknown world, which can be explored only by those willing to take risks." Mark Rothko

Kennedy has been an artist for as long as she can remember. “One of my early memories is of my mother showing me how to properly draw legs on a girl wearing a dress. I was four.” Born in Livingston, Montana, Kennedy recalls happy days rollicking with her cousins on her grandparents’ farm. When she was eight, the family moved twenty-six miles away to the town of Bozeman, Montana. “It’s hard to imagine a better place to grow up than Bozeman.” She has an abundance of happy memories that include ice skating and biking with her younger sister, fishing and camping with her parents, spending hours in the public library, and, of course, drawing. “My mother wanted me to major in art. However, I needed a career that would provide a stable income because I had a child to support and so I became a nurse. But no matter what else I’ve done in my life, I’ve always worked as an artist. My art is my passion.”

Kennedy began painting when she was twenty. She started with oils and traditional subject matter. Her first sales were oil paintings sold door to door by her young son. When Kennedy adopted her daughter she switched to watercolor so the baby would not be exposed to the toxins associated with oil paints. Kennedy’s watercolors were exhibited in galleries in California. She sold paintings, received commissions and won awards.

In 2001, Kennedy got sick and was unable to paint until 2009. “Once my health improved, I realized that the years when I was too ill to paint had made me even more passionate and determined in regard to my art.”

In 2013 Kennedy switched from traditional watercolor to abstract acrylic. “I fell in love with all that acrylic has to offer, especially the opportunity to experiment.” Kennedy uses acrylic medium to create layers of colors and textures that often corporate non-traditional materials such as beads, metal, glitter and text. “It took a leap of faith to begin adding things like glitter to my paintings. However, the results I’ve gotten have convinced me that the risk was worth the reward.”

In 2015, Kennedy’s beloved husband died. She dealt with her grief through painting and travel, including four trips to Mexico by herself. Her most challenging trip was a month spent traveling through Europe, again by herself. “Traveling alone in France and learning to drive in England and Scotland was stressful but I was rewarded with many inspirational moments that have translated into paintings.”

Kennedy’s paintings have been described as brave, creative, unique and mesmerizing. “I do not use brushes or palette knives. Instead, I manipulate acrylics and mixed media to create vivid, glossy expressions of the external environment and my internal life."

In addition to art, Kennedy enjoys travel, photography, reading and writing, good wine, good conversation and good food. In 2018 she left Los Angeles and returned to her roots in Montana. When she is not traveling, Kennedy divides her time between Montana and California.

The presence of this badge signifies that this business has officially registered with the Art Storefronts Organization and has an established track record of selling art.

It also means that buyers can trust that they are buying from a legitimate business. Art sellers that conduct fraudulent activity or that receive numerous complaints from buyers will have this badge revoked. If you would like to file a complaint about this seller, please do so here.

The Art Storefronts Organization has verified that this business has provided a returns & exchanges policy for all art purchases.

This website provides a secure checkout with SSL encryption.

The Art Storefronts Organization has verified that this Art Seller has published information about the archival materials used to create their products in an effort to provide transparency to buyers.

Canvas, acrylic paints, mediums and varnishes are all archival. The material used for mixed media pieces such as buttons, screws and text documents have been encased in acrylic as much as is possible in order to ensure that they will be archival.

Your cart is currently empty.

This is only visible to you because you are logged in and are authorized to manage this website. This message is not visible to other website visitors.

This means you can use the camera on your phone or tablet and superimpose any piece of art onto a wall inside of your home or business.

To use this feature, Just look for the "Live Preview AR" button when viewing any piece of art on this website!

Below, select which favorite lists you would like to save this product into.

This means you can use the camera on your phone or tablet and superimpose any piece of art onto a wall inside of your home or business.

To use this feature, Just look for the "Live Preview AR" button when viewing any piece of art on this website!

Enter your email below and we'll email you a 20% OFF Coupon right now!

This offer is valid for NEW CUSTOMERS only!